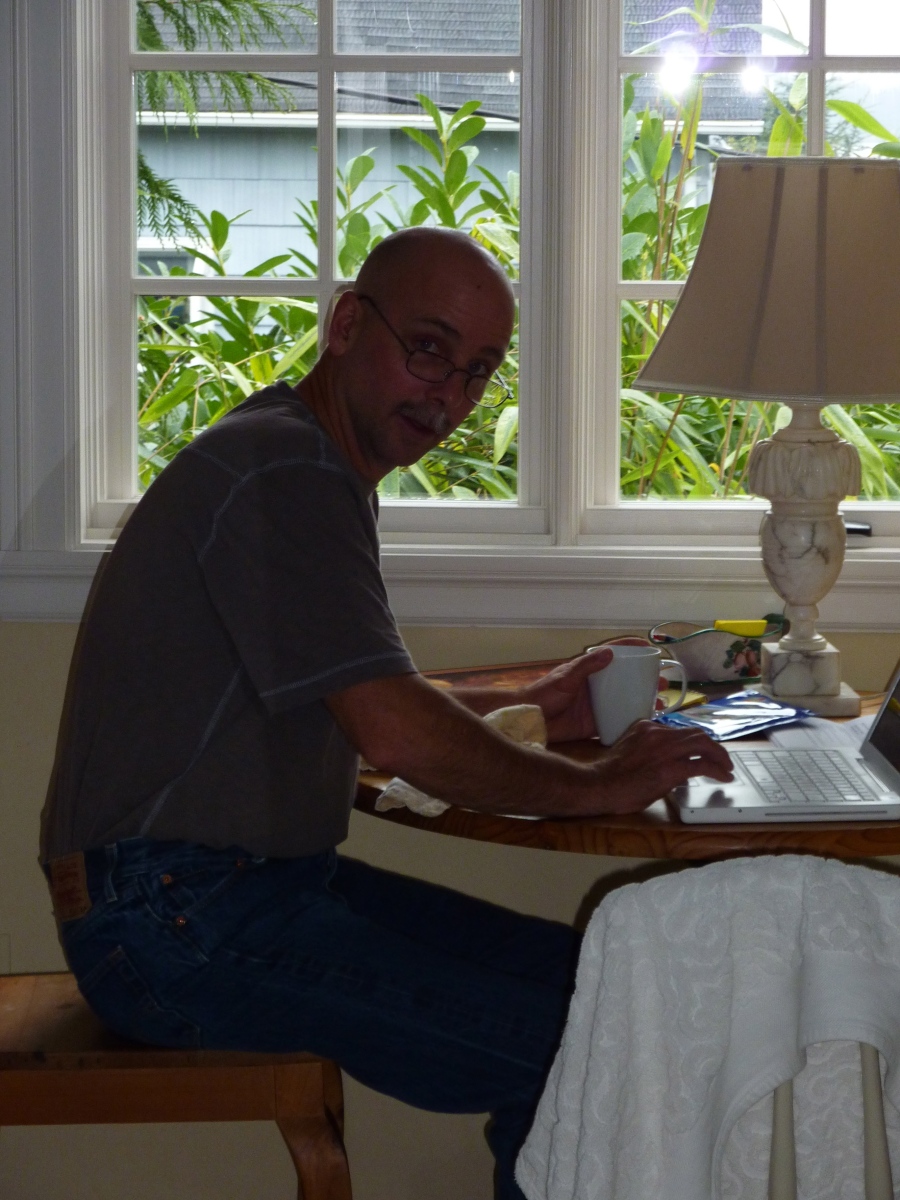 I’m finally starting to get over the idea that what people think of me matters most. I’m not “aces” across the board, and that’s fine by me. Everyone doesn’t need to be my mom and love me no matter what. That’ll leave room for someone else to be liked by somebody.

That’s not to say that I’m not a sensitive guy. I’d be a liar if I said I wasn’t, and I do have a feeling… just one, but it’s highly functional.

Perhaps this all sounds pretty elementary but when it comes to feelings, I had to start over after a couple of decades of pounding them into submission with drugs and crime. So elementary is about right. When I get to “feelings” college, I might have more than one. Maybe I’ll have six or seven to choose from.

So why this sudden insight?

Awhile back, I sent a portion of my manuscript to a literary agent. My first rejection e-mail arrived in the weeks that followed.

I checked my feelings at the door and it feels pretty good. I’ve arrived.

Prison hardened and softened me up at the same time. In many ways, it was the most productive time of my life. Up at 5 a.m. working out by 6, breakfast at 7, work at 7:30, meetings, band practice, school and on and on and on. I did it to carve out a life for myself while experiencing the insanity in all its glory. It prepared me for bigger things to come. It also gave me something to write about.

Kurt Vonnegut and Elmore Leonard are two of my favorite authors. I aspire to be just like them, minus the old and the dead, of course. It’s a tall order. I’ll just have to settle for being myself and believe that I too have got something worthwhile to say. I aim to find out.

I thought about writing for years, but somehow the words never just jumped out of my brain onto the page without my help. Eventually I decided to help. My thoughts became my writing. Amazing how that works.

I’m out on a limb with this writing stuff. I was an avid tree climber as a child so out on a limb is nothing new. I used to climb all the way to the top, but I always started at the lower branches, which is where I’m at now.

I barely spoke English when I reentered society’s orbit, and playing with this language is a little like a puzzle.

I’ve been told, “Your words are strong, you just need to put them in a different order.”

I’ve read my material to a group of drooling moon gazer poets. They didn’t give a rat’s ass what I was saying. They were too busy waxing. I crashed and burned so spectacularly that I had to send a ground crew out to collect my black box to see why. I went to bed that night and thought, “I suck.”

I woke up and sucked a little bit less.

I’ve read in a bar on Saint Patrick’s Day, where they considered me the intermission while Bombastic Bob held court and yammered on about his green Guinness. I’ve also read to crowds that connected with me in a big way and I’ll do it again.

Ah, the highs and lows of being a writer. It sure beats doing coke and heroin.